Elitch Gardens in Denver: A History

Elitch Gardens started out as farmland on 38th and Tennyson in Denver, Colorado. In 1890, John & Mary Elitch purchased 16 acres and opened Elitch Zoological Gardens, a petting zoo. Several years later, they added Elitch Theatre, which became the starting place and host of the oldest summer stock theatre in the United States. Elitch Theatre held summer stock theatre annually from 1897 until its close in 1987.

New ownership brought modernization in the start of the 20th century. John Mulvhill, who bought Elitch’s in 1916, added a Wildcat roller coaster in 1922, designed by the same company as the park’s original Toboggan 8. In 1928 a new carousel arrived, and it is still providing a musical ride for kids at Elitch’s today. Despite the exciting new roller coasters and other attraction additions, the zoo portion of the original Elitch Garden’s remained in place until the 1930s.

During the Big Band and swing era of the 1930s, touring national musical stars frequented the new Trocadero Ballroom. It quickly became a hot spot for concert radio broadcasts nationwide. Around this time, the zoo portion of Elitch’s was replaced by gardens and more adult rides.

As strange as it seems today, the early amusements catered mostly to adults. The amusement park made its first attempt at rides for children in the 1950s with Kiddieland. Kiddieland gained popularity quickly and grew to include a variety of entertaining rides, from child-size motorboats to a miniature car track with a gas station for kids to “fill up their tanks.”

Skee-ball and arcade games made it to Denver’s Elitch’s in the 1970s, replacing the once beloved Trocadoro Ballroom. Soon after, more exciting rollercoasters appeared throughout the park. The same Philadelphia Toboggan Company who designed the park’s Toboggan 8 and Wildcat brought the Mister Twister in 1964. The new rides pushed Elitch Gardens to the edge of it’s available land, creating a need for a new location in the 1980s.

In 1995, Elitch Gardens moved to its current downtown Denver location next to the Platte River Valley, making it one of the few downtown amusement parks in the country. The park made a brief stint as a Six Flags, from 1997 to 2006, after which new ownership changed the title back to “Elitch Gardens.” The “Elitch’s” portion of the amusement park’s name stayed with it for over a century, through more than 5 owners, because a stipulation in the original contract drawn up by Mary Elitch stated that the name was never to be changed. Today, downtown Denver’s Elitch Gardens has 6 roller coasters and a waterpark.

For a place to stay, the Courtyard Denver Downtown offers a hotel package deal that includes 2 tickets to Elitch Gardens. The Denver hotel is a short bike ride or quick 5 minute drive from the Elitch Gardens Amusement Park. 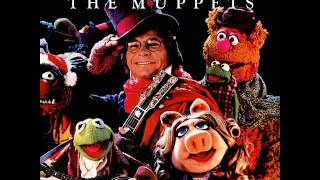 Just thought I’d share something with everyone for the holiday. This is the full album of John Denver and the Muppets: A Christmas Together. It’s really good…
Video Rating: 4 / 5